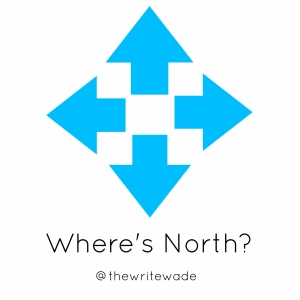 A plan with no direction… What a sad plight. You’ve gotten everything ready. The paperwork. The people. The protocol. The capital. But where’s North?

Figuratively, I see North as the place where all other movement hinges. It’s the starting point. Once you know where North is, you know where to start moving. The next steps are predicated upon confirming that one direction and ignorance, in this case, is not bliss. Without this vital information, we travel in circles of frustration and become disoriented in our mistakes. Our former “Big Idea” becomes the bane of our existence and we sit on a pile of confusion praying for the answer to that simple question… “Where’s North?”

If there was just a glimpse of light, a twinkle of a star, a rudimentary clue, you could find your way out of the woods. Until that moment arrives, you wait and heighten your attention in hopes of finding out sooner than later.

The mind of a man has plans, but they are nothing without God’s direction (Proverbs 16:9). He is North. Your plans are well made, but they’re in a jungle of questions and uncertainty.

Find North first. The rest of your journey will make sense as you walk.

What forest have you been wandering in lately? When’s the last time you were still enough to hear where North is?

💙
I struggled on whether to share this on IG, but I find it necessary to remind us of the power of words and community.
Last night I touched history. Read about it on my blog. Link in bio.

Listening at the Speed of Life with C.J. Wade
AWDAILY